In the summer of 2020, I messaged Katie on Instagram because I saw she and her boyfriend Paul were in Lake Tahoe. My husband and I have been hockey fans for a long time, so we listen to Paul’s podcast Spittin’ Chiclets by Barstool Sports. I guess they were in Tahoe for the celebrity golf tournament that happens every year, and unfortunately they didn’t have time for a couple’s photoshoot, but Katie and I hit it off and became instant friends. Like, literally, DM every day internet friends. So, naturally when I had plans to visit my mom the following December, I asked if they wanted to do a shoot. They agreed it would be fun.

Apparently Paul was nervous – he even mentioned being nervous on the podcast. The stigma around couples photoshoots is so rigid it was all I could do to convince him otherwise. It’s definitely not the same as the media days I’m sure he’s used to, lol.

They arrived a little late because of Paul’s rigorous work schedule, so we had very little light to work with, but we got an epic sunset out of it. Their dog Finnegan had the most fun of all, because he’s just the most handsome ham of all time and running around in the desert is his favorite activity. Of course Paul brought all sorts of Spittin’ Chiclets gear for Marcus, but some of it made it into the photoshoot, haha.

If not for Katie and Paul’s rad personalities and willingness to make time for me, I wouldn’t have gotten such a cool opportunity to dunk on my friends in the fantasy hockey group, lol. The photos really do show what a fun couple they are though, and I’m so grateful for my friendship with Katie. 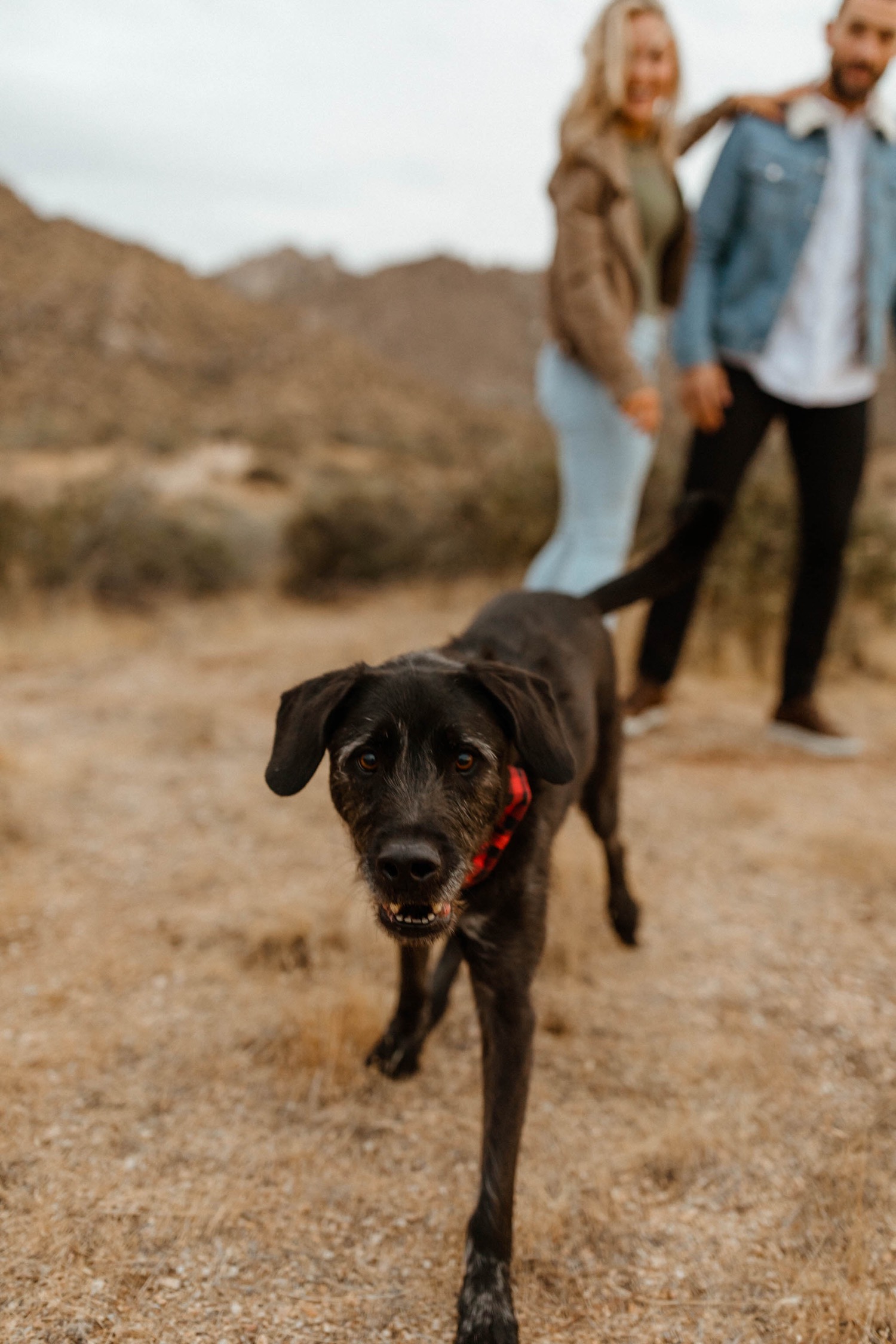