I met Andrea and Sebastien for coffee the day after they inquired with me. They live in San Francisco and I happened to be there shooting an elopement that day, so we made the plan to meet. I learned that Sebastien is from France and Andrea is a traveling nurse. Both of their families will be meeting them in Tahoe for their microwedding.

Since San Francisco is so important to their story, I drove back to the Bay a few months after meeting them to shoot their engagement photos with their new puppy, Daphne.

When I arrived at our first location, the conditions were so perfect. The sun was shining, the skies were blue, and the Golden Gate Bridge was shimmering huge over the bay. Shortly after they arrived, though, the fog rolled in and the views were completely gone. It felt like we were standing inside of a cloud.

We made the most of it and decided to explore inside an old military bunker underneath the Golden Gate, and we were absolutely blown away by how incredible it looked in there. So edgy and moody and the colors made Andrea’s red hair stand out beautifully.

When we were done in the bunker, we drove to a popular dog beach on the other side of the Golden Gate peninsula. The sun was shining and the fog just barely stayed around the bridge for extra effects. Our perfect conditions were back. The entire engagement shoot was so fun, and Andrea’s laugh is contagious. Their wedding is going to be amazing. 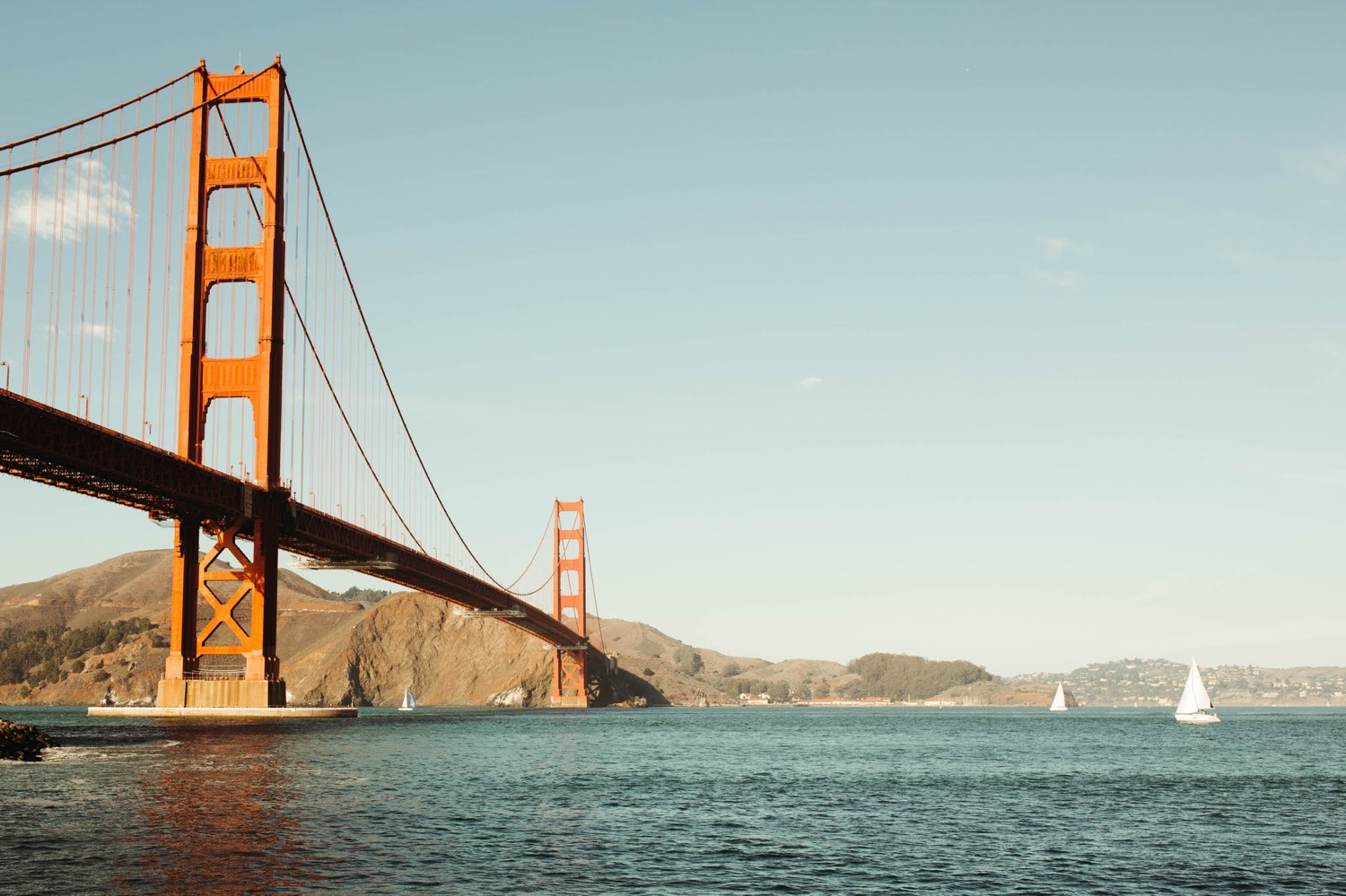