I met Lindsay and Tatum when they came to Lake Tahoe for a small trip together. They had both planned on proposing to one another while on the trip, but neither of them knew the other had planned to do it. Lindsay contacted me to photograph them the day after the proposal. She knew Tatum would be the wiser if she had me there for the actual proposal, so an engagement session planned with me was the next best option. They were in such a beautiful place after all.

When I met up with them for the engagement shoot the next night, they told me the whole story. We talked a lot about their goals and dreams and family lives in Texas and they told me they had already talked about eloping in Greece. I casually threw out that I’d die to shoot their elopement if they’d have me and they agreed. So, they flew my husband and I out to Milos, Greece and I got to shoot their beautiful, cliffside elopement at Milos Cove Hotel.

The night before they had planned for their “I do” ceremony, we did a little vintage styled shoot around the town of Milos. We definitely had an adventure, but we got some super adorable photos of them. Then we all went to a sunset dinner overlooking the Aegean Sea.

On the morning of their elopement, Tatum gave Lindsay a big stack of letters from all of their loved ones, wishing them well on their big day. They’re both so close to their core group of humans so having those letters meant the world to Lindsay. Then they got ready together. Putting on their dresses, helping pick jewelry and doing their makeup. It was such a chill day. Finally, they read their vows and promised forever overlooking the ocean. 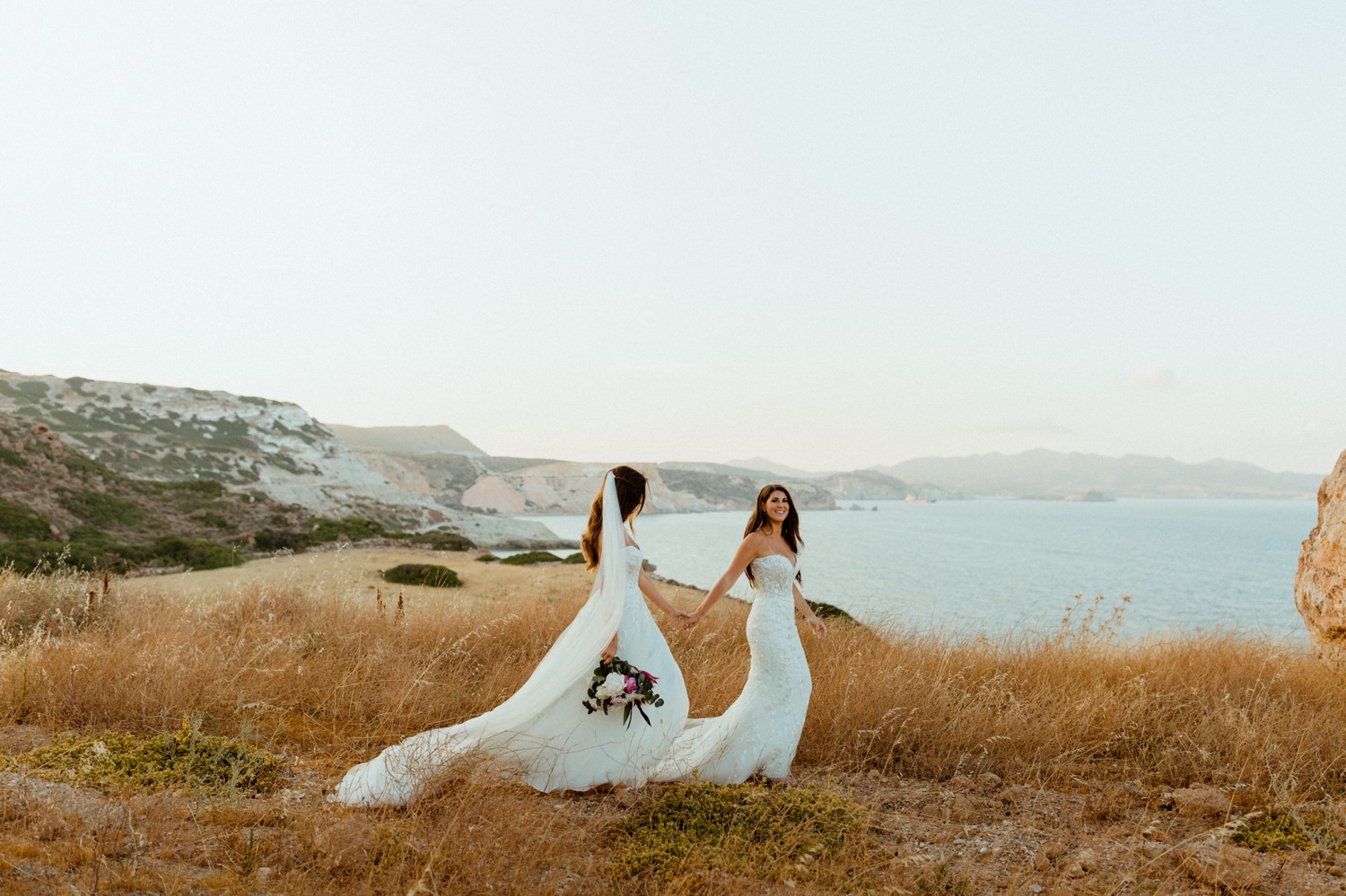