When Kevin and Morgan got engaged in Paris, France *fans self*, Morgan told Kevin that his only job was to find a wedding photographer. So, Kevin searched Pinterest and stumbled upon lil ‘ol me and he saw the last engagement session I had done in Yosemite Valley. When Kevin submitted the inquiry on my website, I responded immediately – they wanted an engagement session in Yosemite and I didn’t even have to convince them?! Holy shit! So, we set up a call almost immediately. When we spoke, I remember I was sitting on the beach at Lake Tahoe, just before 4th of July. It was loud around me, and I felt like the setting I was talking to them in wasn’t very professional at all… but we hit it off instantly. The conversation was so quick and they were so DOWN for everything! It was incredibly easy.The only hiccup we had to face together was scheduling the trip. Due to COVID-19, Yosemite was accessible via permit registration only. That meant we had to have our date picked over a month before our trip. After some deliberation, a cancellation, some more back and forth, and we picked a Saturday that would work for all of us.Now the drive to Yosemite isn’t short from where I live, and the drive home after a sunset shoot would’ve been a long one, so I asked if there was a chance I could bring my friend + fellow photographer Emma along for the ride. They excitedly obliged at the 4th wheel idea. After that, I asked if we could all camp or stay together outside the valley that night. They were like, “wait… do you prefer to camp?” and I said, “well, not necessarily, I just thought it would be cheap.” Side note: Anyone who’s reading this probably knows I’m primarily propelled through life by my constant fear of being a burden. So they decided they would get the 4 of us an AirBnB outside of Yosemite.Emma and I took our time driving to Mariposa. We stopped for food and a made a quick run through Calaveras Big Trees State Park. We wanted to make the most out of our adventure day, so we did.We met Kevin and Morgan at our AirBnB and they were instantly SO warm. We got settled in, they changed clothes really quick, and we headed to Yosemite Valley for our session. To say we all immediately hit it off would be an understatement. The 4 of us were literally instant friends who were already so comfortable with each other. We played some music too loudly while walking through Lower Yosemite Falls and Morgan + Kevin danced for the camera – deer and tourists watching.

The sunset was a quick one, but it definitely threw the iconic oranges and pinks onto Half Dome, just like we wanted. We all laughed a ton, made fun of each other a ton, and enjoyed being outside for the first time in what felt like forever. And as Emma endearingly screamed during our shoot, we fucked it up!

When we were done with our session, Kevin offered to take a photo of Emma and I together under Half Dome. He’s really good at photography since they travel together so often, he documents their time in other countries on his Sony a7iii.

After we were covered in mosquito bites and the light left us, we drove back to the AirBnB in the awesome Jeep they rented. Kevin made us some oven pizzas, poured us some wine and we all stayed up chatting until 2am. We shared everything from our most embarrassing poop stories, to watching my wedding video together. I don’t think I’ve ever vibed so well with 2 humans I’ve never met, but Emma and I didn’t want to leave the next morning.We’ll be adventuring with Kevin and Morgan again soon and I already can’t wait.<3 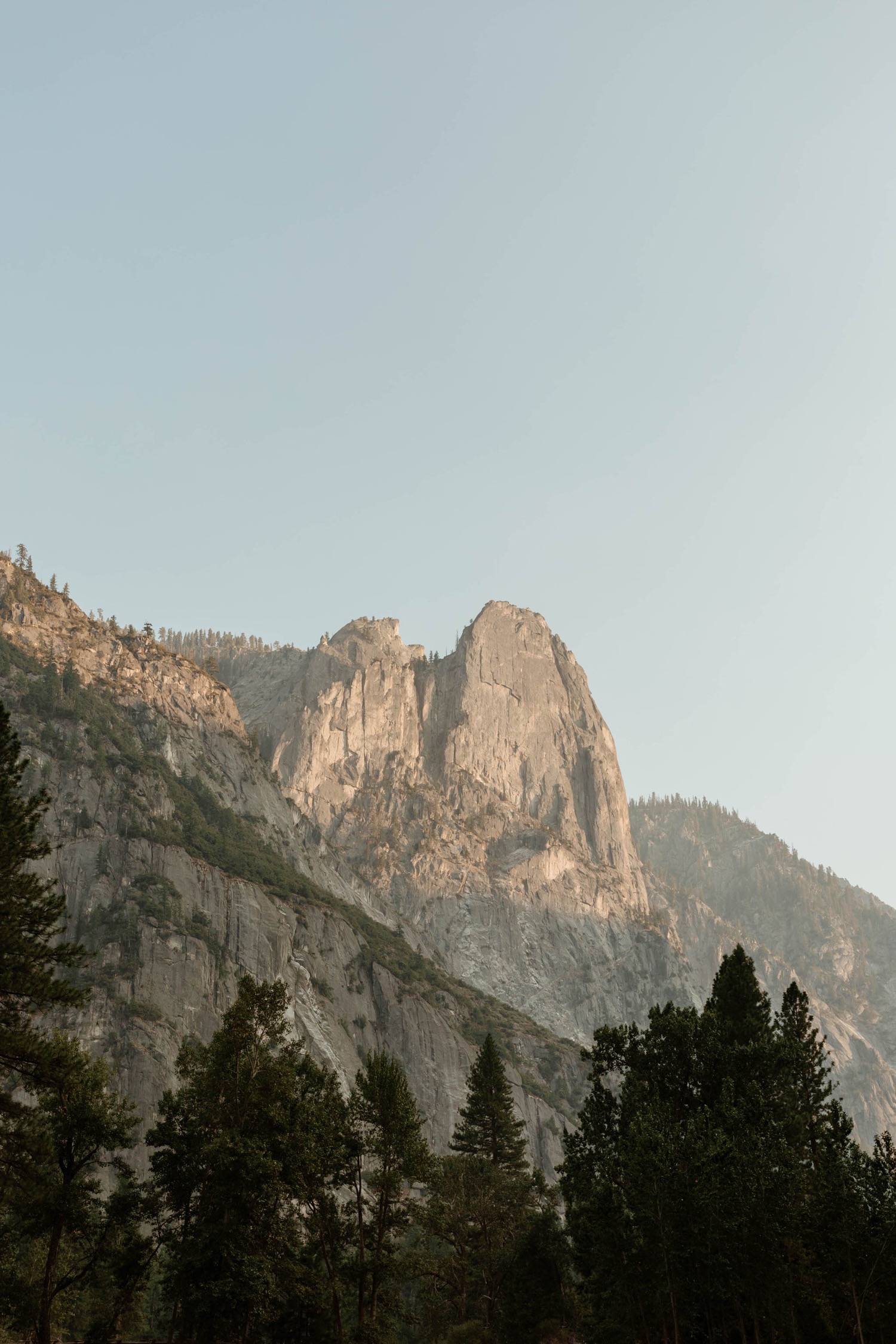